African Wild Dogs And The Thrill Of The Chase

Most wild animals lead their lives in such a way that much of their day-to day-behaviour can be explained in terms of basic needs.  Wild animals must find food often.  They need to avoid enemies and deal with competitors.  They must breed when the breeding season comes around, and make sure that their young survive. 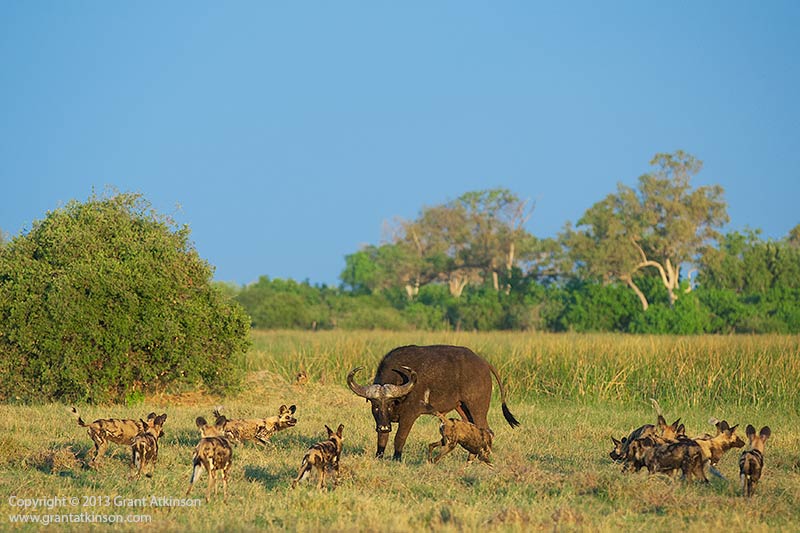 In order to meet these needs, they may have to cover large distances through the passage of a season, and deal with the extremities that each season may bring.  To survive such life-cycles requires that most wild animals expend lots of energy.  Many species are very efficient at saving energy, and much of their behaviour can be interpreted and explained in this way.

Given how survival places such high demands on wild animals, it is no surprize that for most species,  spending any energy on play is a real luxury. 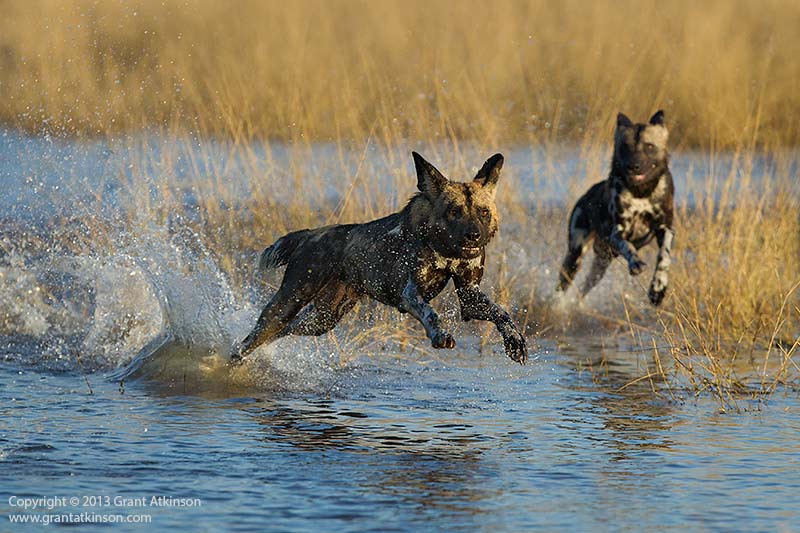 African wild dogs are no different to most other animals when it comes to survival.  They have fast food that needs to be caught, every day or every other day.  They have deadly enemies in lions, that need to be avoided, and rivals and competitors in the form of other wild dog packs, and spotted hyaenas. 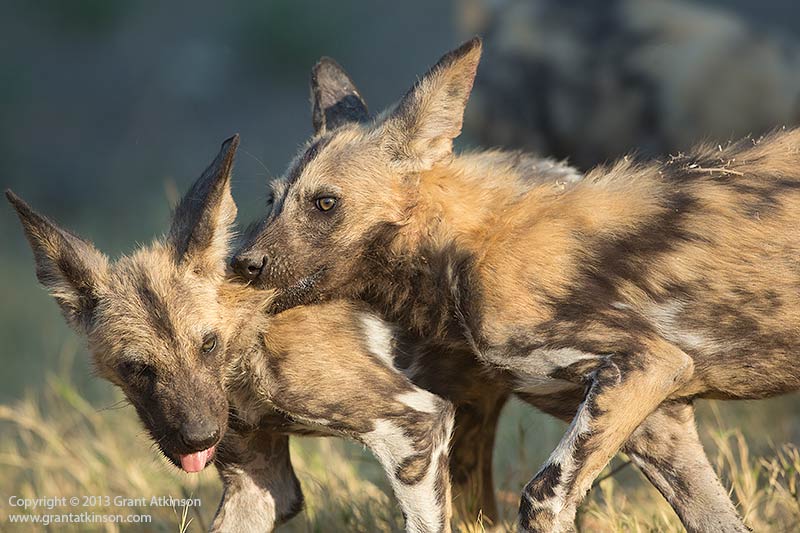 Despite this, wild dogs show an abundance of spirit, and often expend tremendous amounts of their hard-won energy in play, with both young and old dogs taking part.  Such play reinforces bonds amongst the pack members, and teaches skills.  Other social carnivores like lions and spotted hyaena also play amongst themselves, though not always as often or as long as wild dogs do.

African wild dogs also spend much time and energy chasing or ‘playing’ with other species.  On multiple occasions I have seen wild dog packs chasing and harassing buffalo, giraffe and even elephant. 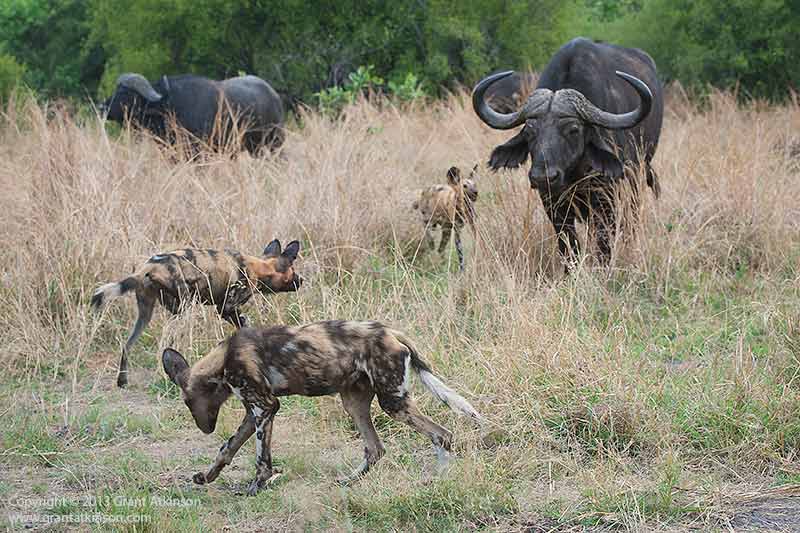 Sometimes the young dogs in the pack may initiate such chases, and that may be quite  typical of young carnivores testing their own abilities.  At other times I have watched adult dogs run right into a buffalo herd, and pass between the horns of the dangerous beasts with little respect.  On another occasion, wild dogs were harassing buffalo in tall grass, and one adult dog approached unseen to within a few inches of a huge bull buffalo’s back legs.  The dog had to run hard to get out of the way when another buffalo ran up from behind. Although wild dogs have been known to kill buffalo calves, none of these buffalo herds had youngsters amongst them.

Wild dogs also interact with elephants.  If the dogs are chasing impala, it sometimes happens that they sweep right through a herd of elephants.  Such a pack of dogs on the move can cause temporary panic in an elephant herd, and there are days when the wild dogs seem to know and enjoy this.  Elephants are too large to be potential prey for wild dogs, and it isn’t uncommon for them to charge at the dogs to drive them off.  The wild dogs are so confident of their speed and agility that they often only move away at the very last moment.

It is possible that the dogs may be looking for signs of weakness amongst the buffalo and elephants, although it doesn’t always appear that way.  Perhaps, for the wild dogs, they do this purely for the thrill of the chase.  Whenever I do get to photograph African wild dogs, I like to have lenses that focus fast, and zoom lenses like the Canon EF 70-300L f4/5.6 IS and the Canon EF 70-200 f2.8L IS ii allow me flexibility with compositions and focus well enough for me to keep tracking the fast-moving dogs. 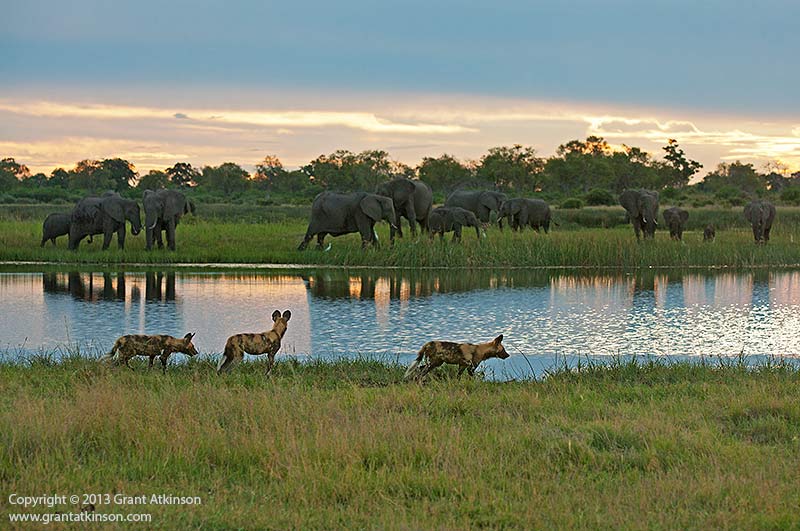 Whatever the reason may be that drives wild dogs to live as hard as they do, spending time watching these irrepressible, highly-spirited carnivores in action is as exciting as it is fascinating.