If you spend time photographing wildlife in Africa’s protected places, there is a good chance that you will encounter animals with babies at one time or another.

In this post I have shared some thoughts on making more of such great photographic opportunities, with lions, leopards and spotted hyaena being features species this time. 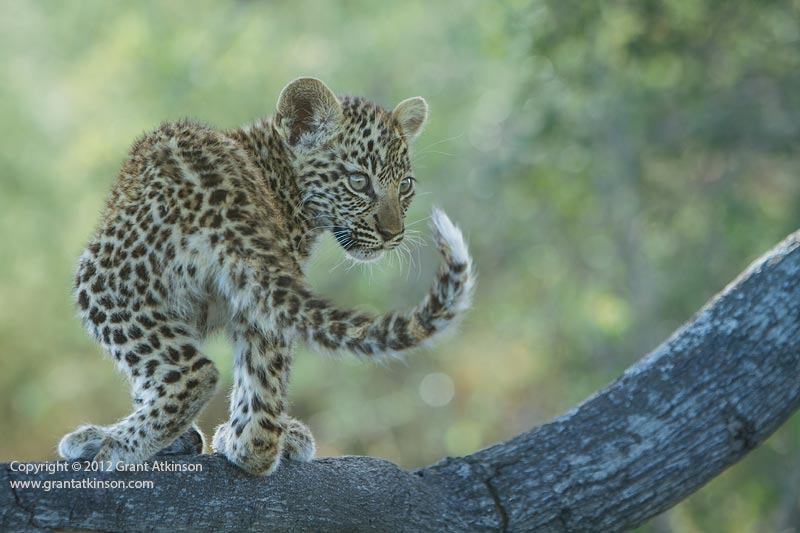 When it comes to the young of big cats it is best to remember that if they are very young, that they are very, very small.  Leopard cubs are good examples.  For this reason, if you photograph from the height of a car window or game-viewing vehicle seat, and they are on the ground, it is likely that the little cubs will appear even tinier, and just get lost in the background.  For this reason, I always try to get at least some images of small cubs when they are off the ground.  This makes them look much bigger, and the images usually have more impact.  Leopard cubs are just as much at home in trees as they are on the ground, and when the cub in the image above began to walk out on this branch, I made sure to grab some frames.  Lion cubs will also climb small trees, and even young cheetahs will do the same thing, especially fallen trees that might lie at an angle.  Termite mounds and large rocks are also places that young cats of all species like to climb upon. 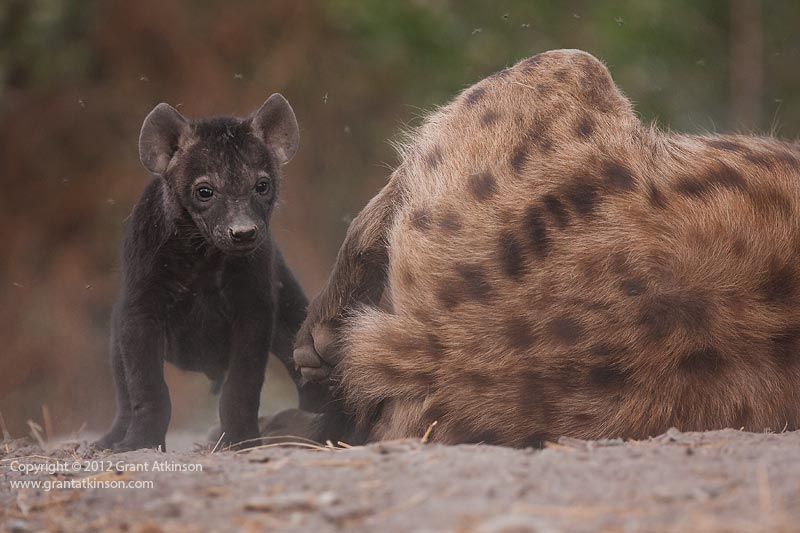 It can also be rewarding to try and show the scale of the baby animal that you are photographing.  One way to do this is to include at least a part of the parent or another adult of the species, in the frame.  In this image of a spotted hyaena cub, I chose to shoot with a longer focal length in order to keep the cub big enough to capture expression and detail, and then just included half of the mother hyaena, who was lying on her side.  It is also effective to include all of the adult, and the cub ,but in this instance I went a bit tighter with my frame.  Although spotted hyaena cubs do not climb trees, I was able to avoid shooting the cub on the ground as both animals were on top of a flattened termite mound in this image. 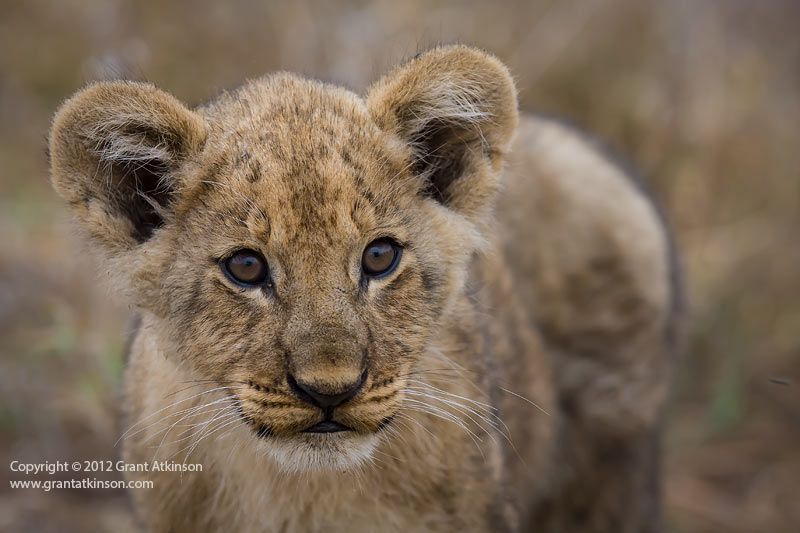 A common characteristic of the young of many animals is that they have proportionately larger eyes and ears than the adults.  This can make for very endearing expressions in the case of subjects like lion cubs.  When you are photographing cubs, make sure to try and get some close-up portraits that actually show these big ears, and big eyes.

It can help to have a lens with enough focal length for the job, bearing in mind the small size of some of these young animals.  In that regard the Canon EF 300L f2.8 IS lens has worked very well for me.   Even longer telephoto lenses can be even more effective, and they do a good job of flattening out perspective as well.

A good zoom lens with a decent range, can also come in handy in such situations, especially when there are a number of youngsters, or you are trying to include adults and cubs within the same frame.  On some of my recent photographic trips I have found the Canon EF 70-300L to be a good lens to use in such situations.

It is a rare privilege when you get to see the young of wild animals, and what better way to remember such occasions by bringing back engaging photographs of the encounter!