One of the best things that comes from being a guide, is that I get to see lots of different wild animal behaviour.  I spend lots of time watching animals, and in most cases, they carry on with what they are doing.  One of the more intriguing behaviours that is carried out quite often by lions, is known by the term Flehmen.  It is something seen in many mammal species, and virtually all cats, but in this post I shall be staying with lions only. 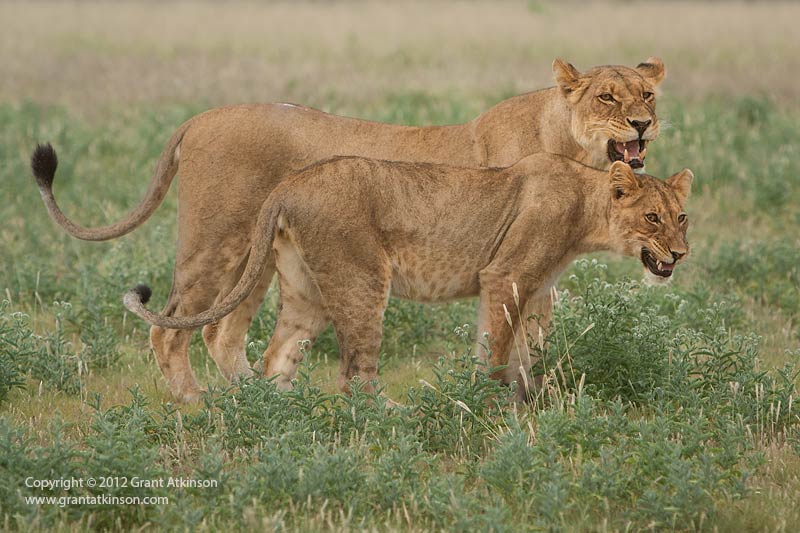 The Flehmen response takes place when one lion, of either sex, sniffs and smells the urine of another.  Chemicals and hormones contained in the urine elicit the Flehmen response.  Usually, after smelling the urine patch on the ground or vegetation, the cat that is doing the smelling will lift his or her head, and hold their lips back in a strong grimace for a period of several seconds.  If you have never seen it happen before, it can appear to be a threat display, but in fact it has nothing to do with threat.  Each cat has a vomeronasal organ (also sometimes called the organ of Jacobson) located above the palate.  By sniffing deeply, and then pulling back their lips, they are in fact ‘testing’ the chemical content of the urine left behind by the earlier animal.  Also, because lions are social for much of the time, it is easier to observe the Flehmen response taking place amongst members of the same pride.  Although Flehmen is observed amongst males and females, it appears to be most important to males and it plays a part in allowing them to determine whether a female may be entering an oestrous cycle. 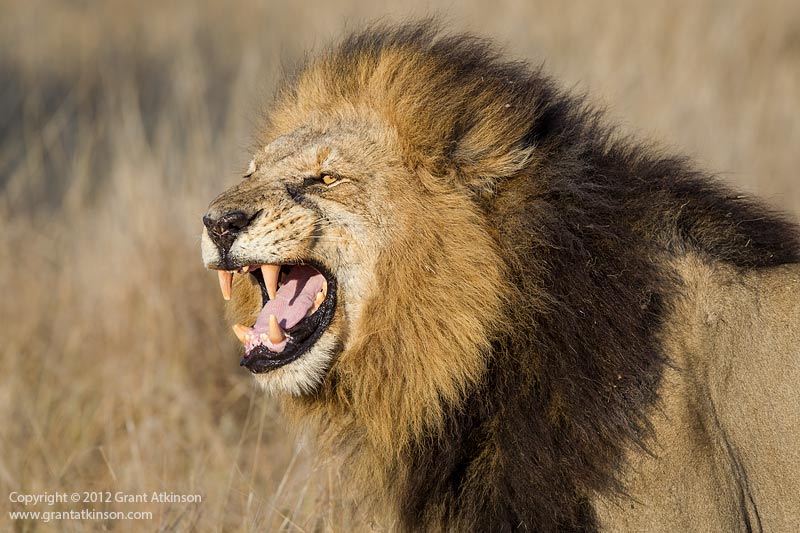 Male lions will often wait for a lioness to urinate and walk off, before going to the exact place where the urine was left behind, and then testing it.  Male lions can also test the females reproductive status by approaching their rear ends closely, and sniffing.  Sometimes this close approach is not tolerated comfortably by the lioness and they may react aggressively toward the males. 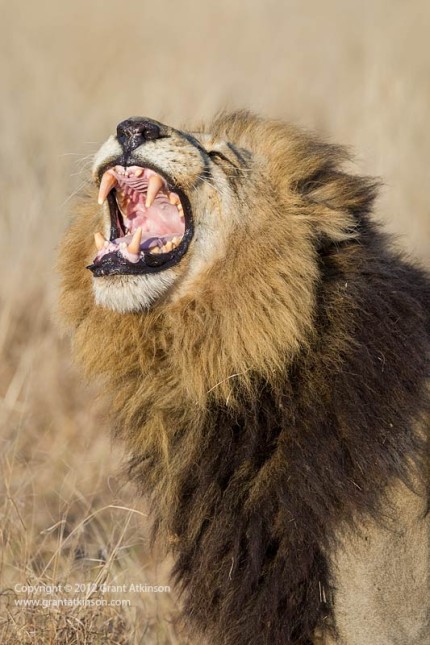 The Flehmen response allows photographers to capture images showing the cats with their teeth bared, which makes for striking imagery.  There is also an element of predictability about the behaviour, so that there is often time to be prepared when it happens.  Also, male lions may sometimes repeat the whole process, which can give us as photographers another chance at capturing it in a different way.  When I noticed how high the male lion photographed above was positioning his head whilst carrying out the Flehmen response for the second time,  I switched to photographing vertically, for a different take on things.

As with most forms of wild animal behaviour, photographing with zoom lenses like Canon’s EF 70-200 f2.8L IS II allows flexibility for changing compositions rapidly.  However, for the images accompanying this post,  I was shooting with my earlier version of my favourite wildlife lens, the Canon EF 300 f2.8L IS II.